We are TwoLuLa! Welcome to our journey of creative discovery!

The Making of a Tuffet 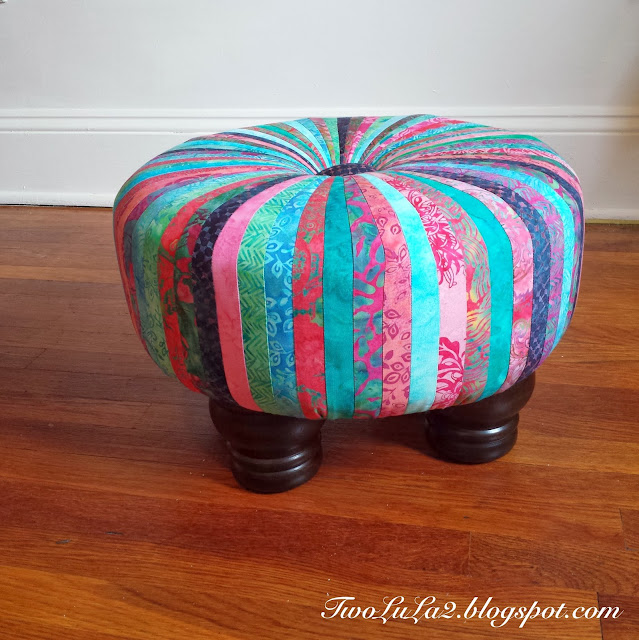 Here is my very first hand made tuffet! I say "very first" not because I have others to show you, but because I want to make more. In fact the material for tuffet number 2 has been sitting in a nice pile on my piano bench (which should be a pretty good indication that not a lot of piano playing nor tuffet sewing has been happening lately).  Anyway I absolutely love how this tuffet came out! 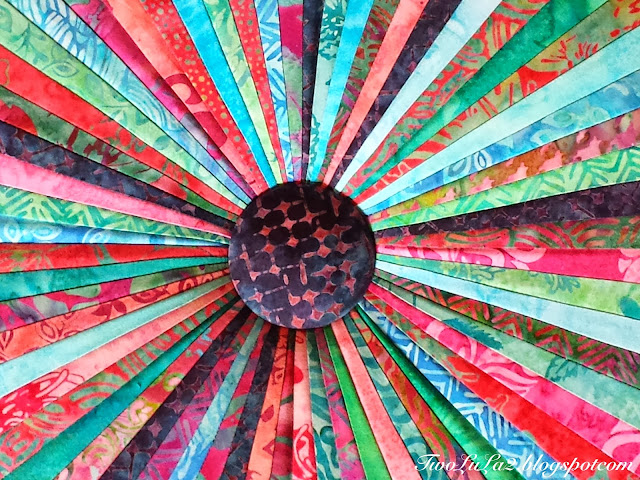 The idea to make a tuffet came from a local quilt store, Pennington Quilt Works here in New Jersey.  They had a tuffet on display as a class sample.  It appealed to me very much but unfortunately class registration was full both times I tried to register. I put my name on the waiting list, hoping the instructor would give another class. Finally one day the phone rang...tuffet class here I come!
' 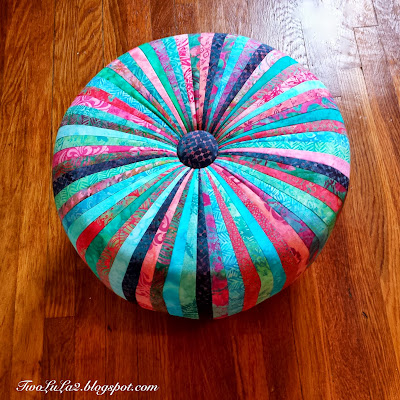 My two college age daughters  had just gotten their first apartment.  I decided to make the tuffet for them.  Olivia came with me to select the fabric at Olde City Quilts in Burlington, NJ.  We knew we wanted to use batiks, but its such an amazing  store we made quite a time of it browsing absolutely everything.  Lots of oohs and ahhhs!  And then we wandered into the Bernina sewing machine section... we tried out the machines...there she was...I fell in love...she had been traded up for a more advanced model and was just there waiting for me.  We were the perfect match.  We took her home.
(Now I do not usually make such expensive on the spot purchases but this was different. I was getting increasingly frustrated with the thread tangles and other problems with my existing machine and I knew I could pay her off with the money I would be earning tutoring and subbing at the high school. Believe me I had quite an internal conversation with myself before saying  "Wrap her up!")

The tuffet uses 2 inch wide fabric strips so a jelly roll was perfect. The pattern consists of 8 wedges.  Each wedge consists of 8 strips of fabric pieced onto a foundation wedge. The sewing lines are drawn onto the foundation piece before starting. After that the process was really quite straight forward and repetitive.


The first two strips were pinned right sides together on the foundation , stitched along the drawn sewing line, pressed open and the piece on the right was trimmed to 1/4 in beyond the next sewing line. 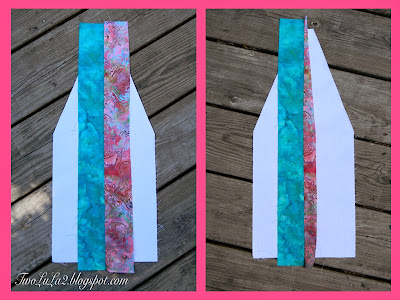 The process was repeated with the next strip (dark blue). 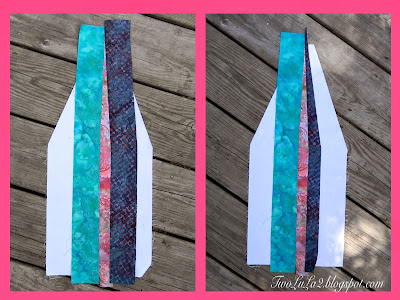 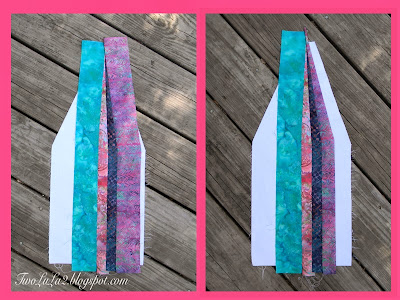 Until the wedge was completed! 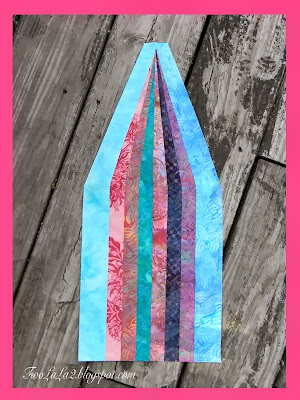 I repeated the process to create 7 more wedges.  Then came the fun part of laying them all out and playing with colors and patterns to decide on their placement in the tuffet. 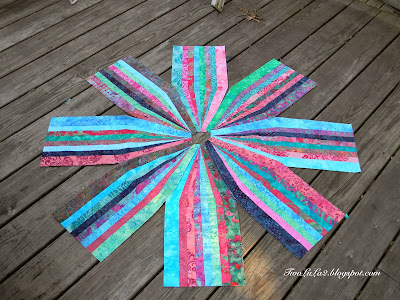 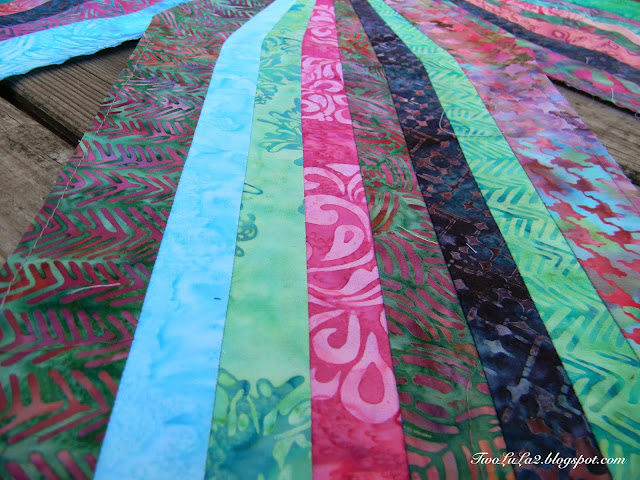 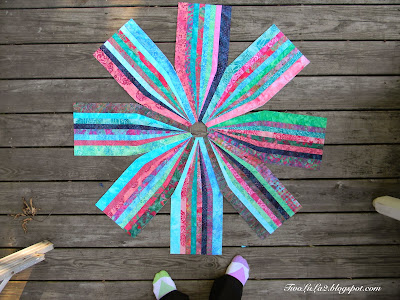 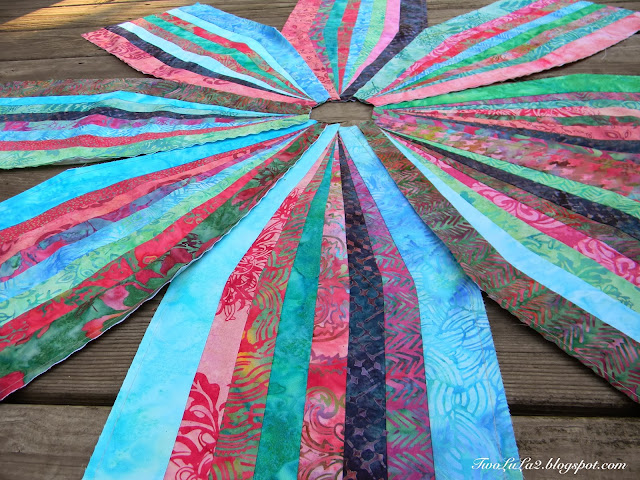 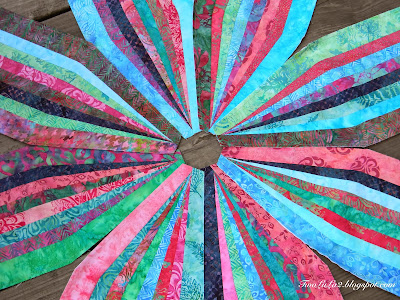 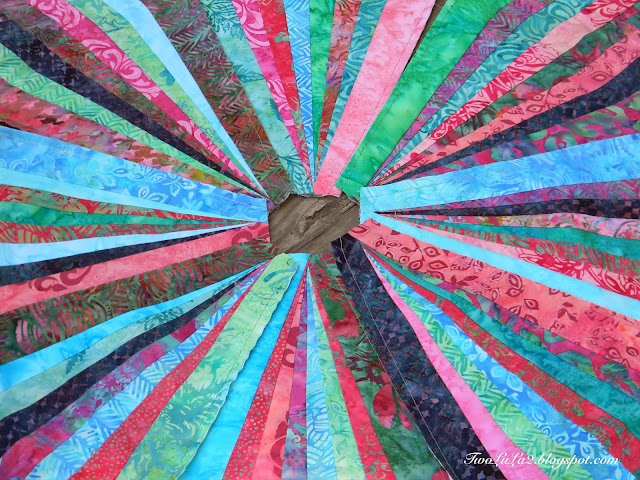 Once the layout was decided upon the wedges had to be sewn together.  This grew increasingly challenging as pieces were added because I was sewing through more and more layers of fabric.  Thank goodness for Liesel (thats what I named my new machine)! After the wedges were sewn together I zigzagged over a cord just inside the outer perimeter to gather the edges under.  Ta da! 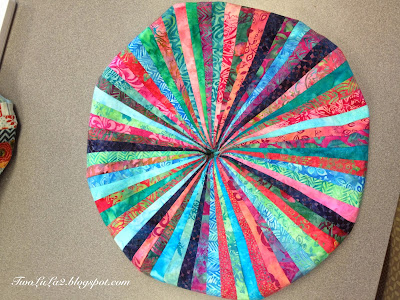 The tuffet class was in two parts.  At the first class the instructor showed us how to sew the strips together to make the wedges and explained how we would sew the completed wedges together at home. We brought the completed fabric cover back for the second class where we assembled the tuffet. My daughter Eva joined me for this.

Here she is glueing the upholstery foam on top of the  plywood base and covering the foam with a thick layer of batting. 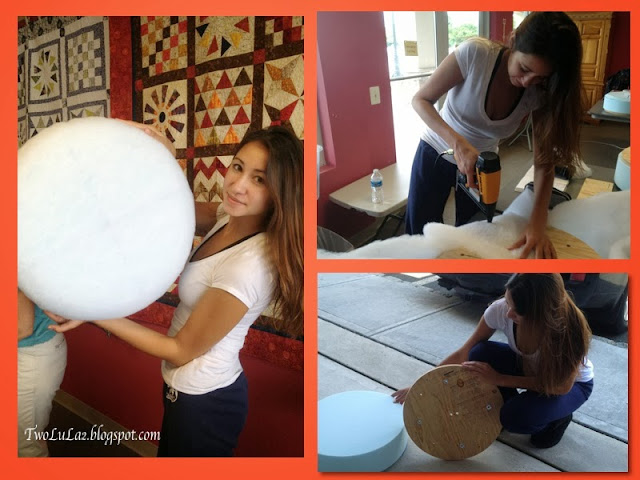 After that the tuffet cover was put on and secured to the base with staples. We added a finished fabric circle to the underside of the tuffet to cover the wood.  Finally some wooden legs were screwed on and...  A tuffet! 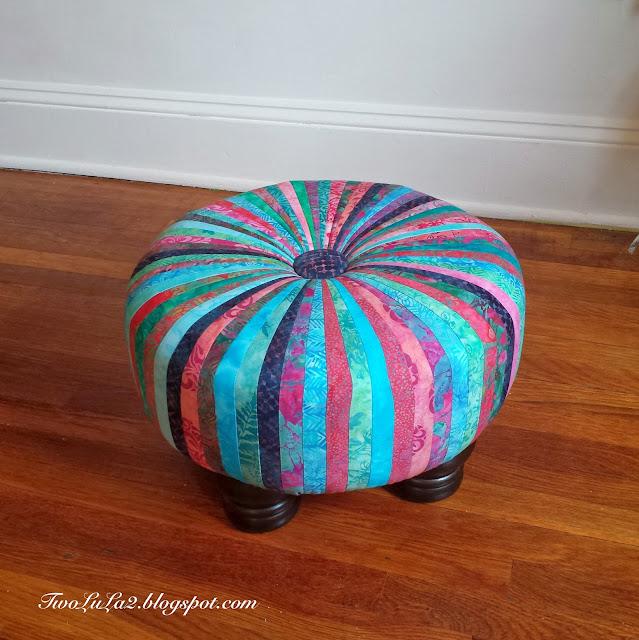 Email ThisBlogThis!Share to TwitterShare to FacebookShare to Pinterest
Labels: tuffet